Mobile app developer 1Tapps has branched out and has recently announced it will make the move into the mobile gaming market launching two new mobile apps in the process. Both apps are targeted for children, one being free to download and one for a small fee.

The paid for game is based on the TOMY water toss game which is still popular even today with kids, the app has been specifically designed to replicate this classic game. Within this game, players just tap their screens to create a rush of water sending the ring upwards, after this the player will be able to tilt the mobile device in order to control where the rings descend. This is an easier way to play these types of games instead of pushing buttons.

The free to play game challenges the player to direct a ball through the complicated labyrinth maze. Players can tilt their device for whatever direction they would like the ball to go in. This is also a replica of a classic game play of labyrinth based games. Both apps are available to download of either Android or iOS devices and in 22 different languages.

The two new apps also feature 1Tapps’ ‘tap and go’ system. This simply means that players no longer have to use a menu; they can simply just tap the app to launch a brand new game. A company spokesperson has stated that the type of apps are specifically designed for children who can be left on their own to play a fun game on a mobile and parents not have to worry about any costly features that children might be able to reach within the app. 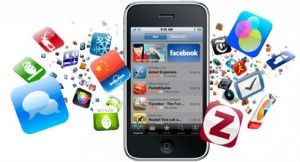 1Tapps has said that it has specifically set out to create child friendly apps that are fun for all ages. Parents can also be rest assured that the apps which their children are playing are completely safe and fun educational games with no risk attached whatsoever. Especially with the risk of running up any additional costs, this won’t be the case with these 2 new apps.

With these apps being widely available for IOS and Android players, these will be available for most people. Making the move to mobile gaming is always a risky move but with a company such as 1Tapps who is already a successful app developer, this risk will most definitely pay off.