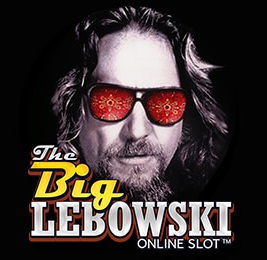 The Coen Brothers are Academy Award-winning directors who also like to have fun. And their 1998 film The Big Lebowski is a prime example of that. Jeff Bridges starred as the carefree character The Dude, whose easy living becomes complicated after a case of mistaken identity. Fans of the film can now enjoy a Big Lebowski slot machine.

Top Casinos with The Big Lebowski

The Big Lebowski Jackpot online slot has been designed internally by 888 and then distributed throughout the operator’s wider gaming network. From a visual standpoint, 888 has focused on the bowling moments from the original film, which makes complete sense. This means that bowling balls appear as the symbols on the game’s five reels by three rows. 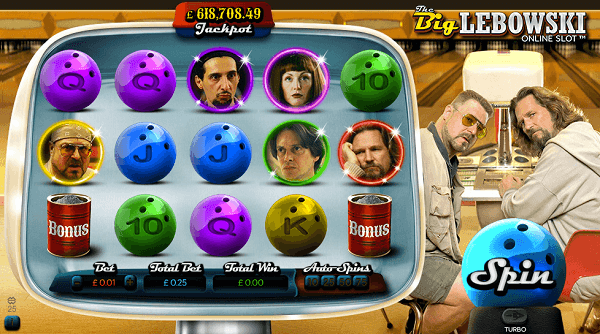 888 has made The Big Lebowski with 25 fixed paylines that will allow for players to stake a £0.25 minimum on each spin. Going much higher, it will be possible to stake up to £250 for the players who want to go big on the slot.

Five of the film’s cast appear as the most lucrative symbols. At the bottom, Julianne Moore’s character will be worth 200x if five land on a payline. The multipliers then rise through 300x, 400x, and 700x. Stealing the show, however, is The Dude himself, who will trigger a 1,000x payout for players who create a perfect match of five on the same payline.

Getting to the bonuses, there is much more to enjoy. First of all, the Spare feature will award a free spin in the even that there is an unsuccessful spin. Then comes the Good Night Sweet Prince bonus game. Trigger this with a bonus symbol on reels one and five for the chance to pick a random cash prize. And the grand feature would have to be the progressive jackpot and the chance to win hundreds of thousands.

Developer 888 has described this slot as being low variance, which means you win frequently but at lower levels. Fundamentally, this means that the optimum strategy is to wager at a lower level and try to build up consistent winnings. This is because it is tougher to cover losses on larger stakes.

Ultimately, this is a positive Big Lebowski Jackpot slot review. Considering the subject matter, it is certainly a niche title, which means that people who have not seen the film might not connect with the game. However, it always helps if there is a bonus round and an extremely large progressive jackpot to play for.