GSN Games have announced they have recently acquired Bingo Bash developers, Bash Gaming. The recent buyout will mean GSN will now own the rights to all of Bash Gaming’s games and their active user base of 10 million players.

For those not familiar, Bash Gaming, formerly known as Bit Rhymes, began in 2010 and develop casino games for several social and mobile platforms.
With two separate offices, one in Bangalore India and the other in California, the company’s main achievements are Bingo Bash, which is one of the Top 3 grossing game on the iPad and Top10 on iphone. 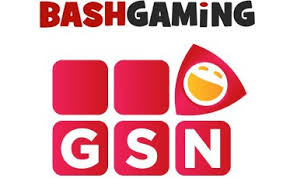 GSN: A Brief History Of

An American company that originally launched in 1994 as a cable and satellite TV channel, GSN branched out into their own network, breaking ground as one of the top channels that aired quality gaming TV.

From then until 1997 the company regularly broadcasted shows such as ‘Match Game ’73’, ‘The Price is Right’ and ‘What’s my line?’
In 2003 the company began airing GSN Video Games.

It was from there that GSN began their slow move into the world of gambling. On this new network they aired shows such as World Series of Blackjack and Poker Royale.
In 2007 the network expanded into online gaming with the acquisition of FUN Technologies, a Toronto based casual gaming operator.
Since then GSN has launched a Facebook app known as GSN Casino, comprised of a series of skill based and standard casino games, with a user base of over 8 million (last official check from 2010).

The GSN brand has gone from strength to strength with their unrivalled online gaming success. With the use of Bash Gaming’s cross platform gaming technology, GSN’s income is set to skyrocket even further.

Executive vice-president of mobile and social games at GSN, Jeff Karp said of the recent merger: “This transaction will not only strengthen the GSN Games portfolio, it supports our strategy of building a diverse business, operating across all major platforms, with a broad portfolio of titles in both social casino and skill tournament genres.”

He continued “We will leverage the strength of our respective organisations, including talent, reach and technology, to build a gaming powerhouse.”
GSN Games are fully expecting the merger of Bash Gaming to be completed in mid-March 2014.