Crowdfunding is a popular new method of sourcing money for companies. GamCrowd, a new social platform for this to take place has recently just launched and been developed for start-up companies who need help with investors, start-ups and industry expertise for the gambling sector. Gamcrowd is for the gambling sector only as this is what area of expertise they have experience with.

This new social platform for GamCrowd has been backed by a number of investors and launched with the specific aim of helping start-up companies in the gambling sector. Gamcrowd focuses solely on Crowdfunding which would enable small businesses to have the money they need to start a successful business with their help. Especially at a time where bank and building societies aren’t as eager to loan small businesses any capital for such a risky business proposal. Early stage funding for Venture Capital firms have reported to have been reducing their contributions to such type of investments.

Gamcrowd’s founder, Chis North, who was also the chief executive of Fox Poker Club, which was founded in 2010. Land based casino operator, Genting took over in November 2012 but was unfortunately closed the later that year.

Mr North was in a similar situation to a lot of other start-up companies he didn’t have any investors and launched his new Company without help from Banks or venture capital firms. This forced Mr North to realise if these start-ups companies have no support from big banks where else can they go for help. North wanted to help people in the same situation as him.

Chris North later explained that the company he had set up had not lit any banks or venture capitalists interests so he went back to his own crowd and unknowingly crowdfunded without the knowledge it was even a term, crowdfunding for his own company he made it a spectacular success. 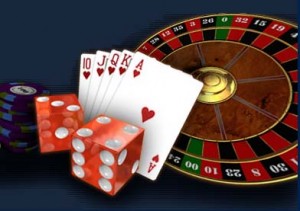 Gamcrowd is scheduled to be live as of the end of January when they will recruit their “crowd” of investors, industry professionals and start-up seeking fund for everyone. Once Gamcrowd built up its potential investors it will then start allowing people to network and get to know one another. In the hope this will raise some sort of business relationship and allow investments to happen.

As Chris North has already experiences Crowdfunding he will know what is best for GamCrowd and the best ways to introduce investors to proposed clients in the aid of helping businesses become successful.