Gaming Realms has recently taken over specialist marketing agency QuickThink Media for a value of 2.2 million. This is a multi-million pound acquisition that has occurred. Gaming Realms has recently confirmed that it has raised up to 2.4 million through a proposed placing of somewhere in the region of 11 million shares, these shares have been sold for up to 21p each with new and existing shareholders. This is a great way for companies to acquire money.

Michael Buckley, Executive Director at Gaming Realms concluded that with the joint venture with QuickThink Media, the combined marketing operations would be able to add a lot more customers to their already good customer base. Mr Buckley explained that the ability of the company able to do this because gaining new customers over a shorter period of time at a lower cost, especially in the new digital channels would be made possible. He commented that QuickThink Media also formed as a growing profit stream and user base into the group. Both these aspects would help the acquisition be more successful for both companies.

QuickThink Media already have clients such as Iceland, Bet365, PaddyPower and Ladbrokes to name but a few. QuickThink Media are always adding to this list and on their website state that they do not use money to try and make a business successful all they need to do is evaluate their client’s propositions and operate entirely on performance.

Gaming Realms was founded by the team behind Cashcade which is the brand behind bringing Foxy Bingo to online communities. As this was one of the first companies to promote online bingo, its online social platform grew as it didn’t have much competition at the time. Now a days most bingo brands are online first before they do any bingo halls as online bingo is where there is money to be made and where the brand is more accessible to folk along with mobile and tablets. 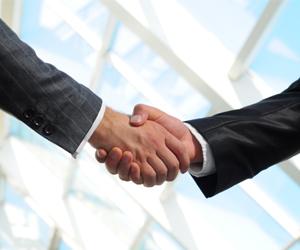 Most online bingo brands either focus on their gaming online then branch out to include mobile and tablet games to entice customers to depsoit some money and win a prize in the end. Gaming Realms takeover of QuickThink Media may be a shock to some but a genius idea bringing two successful companies together and marketing them as a partnership with one another.