Online Casino Deutschland, which is a German online and mobile casino provider, has reported that the gaming markets revenue in the next 12 months is set to reach record highs. The company has stated that German mobile sectors has increased indefinitely and would see a large growth across the sector from this alone. The mobile market sector had grown up to a staggering 19% alone in the mobile division, which is a huge growth in market share.

The Company also said that it anticipated that Germany would be a correlating factor in the growth of mobile gaming revenue reaching $12 billion internationally in the coming year. Over the past year people with smartphones inn Germany had grown an extra 30% in the past year across Europe and this maybe the reason as to why the online gaming market will boom. People are more inclined nowadays to reach for their mobile phone instead of their laptops. With public transport enabling internet with WIFI signals for people on the move it is so much easier for people to access gaming websites.

The research also found that people across Europe are using a smartphone or tablet on a daily basis had also increased to over 50%. People are becoming more technologically savvy with their devices. Mobile gaming all access networks is what making the mobile gaming market expands to new heights; it is available 24/7 across mostly all social networks.

The company states that due to the large casino sites offering mobile games and different features. This is the true nature of the public demand for more access, more casino games and the increase of mobile/smartphone advances. 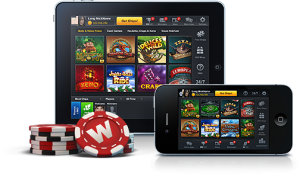 In 2014 casinos and all types of gambling websites across the market will increase in popularity sue to their increased games and prototypes of what the next big thing is going to be in the gaming market. In the German market the boom in this in due to the safe and secure nature of these mobile sites and the players desire to change to smaller portable devices such as mobile phones and tablets. Analysts are already predicting this market will double within the next couple of years. Germany is of course a leader in the mobile gaming market.