As the Australian Tennis Open season starts, with sweltering weather, players are looking to immerse themselves in something to keep their minds active and on the game. This is why Lucky247.com is inviting players to on the tennis court to take part in all the competition that is happening. Although this action won’t be on the Tennis Court, but within a mobile game called Centre Court. Centre Court is a brand new mobile slots game which has just been launched and will be available all day, every day.

Players have a lot to look forward to playing this game as with its fast volleys and Grand Slams this game is fast paced. To keep the game interesting players will be awarded with The Trophy, which is a wild symbol which can substitute for a lot of other symbols. If five Trophies are collected in the one paylines, the lucky player will be awarded with a ton of 1,000 coins.

The scatter symbols within this game can also be found to be used as bonus coins as well as free spins. This will be for players who feel as though they have an advantage and can play the Gamble feature. This will allow players to double or quadruple their winning which is a fantastic feature.

Games of this type will be available across most social platforms with IOS and Android, Lucky 247.com have a new release coming soon. Their Thunderstruck II, which follows the adventures of Thor. This game has a massive fan base and can be found on both PC and mobile. Lucky247.com players can also enjoy the new Lara Croft game within the mobile game of Tomb Raider slots game. Players can enjoy these new slots games on mobile; this is the easiest way for a lot of people to access their favourite slots games on the go. 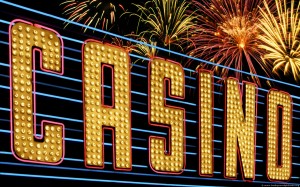 Lucky247’s commitment is to provide the best service to of PC and mobile games available. Lucky 247.com was recently named by Revered Advocate of Play by Casino Meister as an advocate of fair treatment to its players. Lucky247.com’s website is powered by Microgaming, which is the largest provider of online gaming arguably one of the best providers.