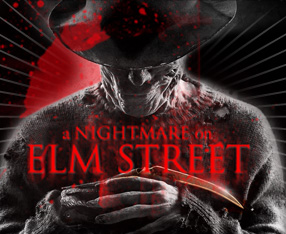 The officially licensed Nightmare on Elm Street online slot has been developed in-house by 888’s software team and is available at casino sites across the operator’s network. For anybody who is unaware, 888 has created some great slots and this is one of them.

The actual slot is filled with gruesome imagery from the 1984 film, with various characters making appearances as symbols. In total, 15 symbols can land on the slot’s interface of five reels by three rows. 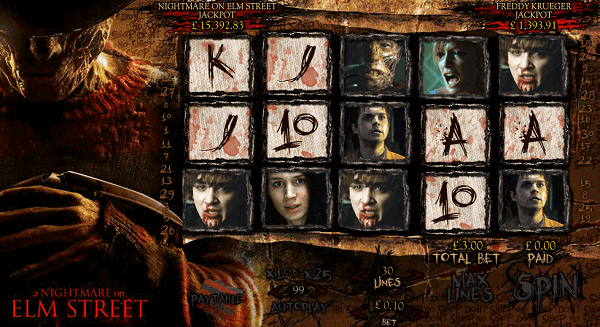 Nightmare on Elm Street has been made with 30 adjustable paylines, which makes it possible to bet just £0.01 to play a single spin, while the maximum wager can be £300. There is an auto-play feature if you want longer gaming sessions.

Matching five symbols is an important outcome in the base game. The cast of characters start at 300x for the male with dark hair, while the female blonde can offer 1,000x. However, five Freddy symbols will trigger a superior 2,500x payout.

The wild symbols have even greater potential here. Not only can they substitute for symbols are missing, but they can also lead to a 1,000x multiplier when five land on an active payline. The slot also features expanding wilds that can fill the entirety of reel three. Wilds can also trigger the Pick Me feature if they land simultaneously on reels one and five.

Freddy Krueger also has a four-level bonus game that can be triggered by landing three or more bonus symbols on the screen – just don’t fall asleep or Freddy will pounce. More appealing, though, is the two tier progressive jackpot.

Nightmare on Elm Street is loaded with rewarding symbols in the base game, and it’s not overly expensive to play. This means players can afford to stake less and play for longer in hope of winning one of the many larger prizes.

This Nightmare on Elm Street slot review has a lot of good things to say, and that’s because 888 has done a top-notch job of taking a 1984 horror film and making it relevant as a video slot in the present.