Ireland was the first high-profile country in the Eurozone to require bailout assistance from its fellow members. But any shame felt by Irish politicians and economists was soon eased by Greece hitting the headlines for all of the wrong economic reasons.

For a few years now, the Greek economy has been narrowly avoiding collapse. And thanks to the efforts of leading Eurozone members like Germany, Greece has managed to continue with the help of loans.

Although Greece is fighting on, an end to the country’s economic woes lies far beyond the horizon. Notably, the country’s voters elected a brand new government in SYRIZA a few months ago, one with a much more liberal ideology compared to the conservative approach of the past.

In light of the country’s current economic turmoil, the government is evaluating various opportunities. And a highly likely short-term possibility is that Greece online gambling legislation will open up the market to foreign operators speedily.

By early March of this year, the current Greek government had already drawn up draft legislation for opening up its online market in 2015. The next key juncture was for finance minster Yanis Varoufakis to present the legislation to Eurogroup in mid-March.

Eurogroup was of significant importance to Varoufakis because it is an event where finance ministers from all countries in the Eurozone meet to discuss European economic policies in relation to the euro. Countries that do not use the euro are not invited to attend.

High Hopes for the Greek Economy

Varoufakis had a meeting scheduled with Eurogroup president Jeroen Dijsselbloem to present his plan for opening up the online gambling market in Greece. The purpose of the presentation will have been to assure the president that Greece is trying to generate new revenue streams for the benefit of its economy.

Optimistically, Varoufakis has forecast that opening up the market will generate yearly tax revenue worth at least €500 million [£356 million]. From experience, though, it is more common that emerging online gambling jurisdictions almost always overestimate their tax revenue during the early stages.

For comparable examples, New Jersey and Nevada are hundreds of millions of dollars apart from the revenue figures they forecast after legalisation.

At the time of writing, there has been no specific announcement in relation to the Greece online gambling legislation. However, there is plenty more information to indicate what the landscape of a Greek online market could look like.

Although specific financial figures have not yet been announced, what is known is that foreign online gambling operators seeking to enter Greece will have to enter a tender process. Following evaluation, it will then be determined whether or not the operator will be granted a five-year license.

Five years has been proposed as the duration for basic licenses, but that could change, as regular licensing fees are highly lucrative for online gambling jurisdictions. As the end of a five-year license approaches, operators will have the opportunity to pay for a renewal. The first Greek licenses are expected in late 2015. 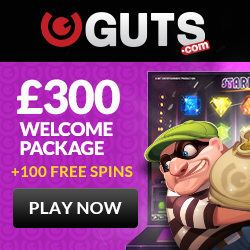