Telecommunications company Singtel and mobile games publisher Playphone has launched WePlay. Weplay is a mobile gaming platform for Android devices. These two companies only released an announcement stating that they would be working with one another in the future only a month and a half ago before they announced their intentions to push out the new game portal.

Weplay has been described as an alternative app store that uses consumer behaviour to tailor to the users gaming preferences. Giving players recommendations on apps they have already used in order to tailor specifically to those player’s needs. WePlay also features a social gaming aspect to allow all players to interact with other players.

Weplay also has 150 games available for download at the moment and also have a further 150 in development to be rolled out soon. WePlay’s Director G.P.Singh commented on how discovery of games isn’t doing too well at the moment and how the major current app stores aren’t doing it too well.

This new platform is only available to SingTel subscribers who have access to download it for free on Google Play. Weplay will also be preinstalled on new Android devices from Singtel. This is a great marketing opportunity for Singtel who can offer their services to Android players for nothing.

Singtel is a telecommunications company which has over 130 years of operating experience and plays a pivotal role in the communications hub. WePlay is expected to launch in the Philippines, India and Thailand with many more destinations expected to be added to the list. There is rumoured to be heavy localisation in each of these markets. 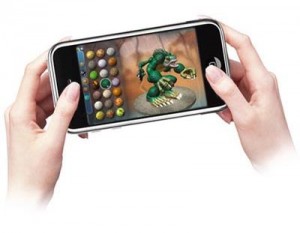 With 150 games to be downloaded players wont be able to get enough of WePlay especially as it allows players to connect with one another like a lot of gaming consoles there is available.