International Game Technology (IGT) have announced they will be adding new Transformers themed slots to their collection of already successful games.

For those not familiar, Transformers was developed by Hasbro, it originally began as a toy line, but after astronomical success, Hasbro branched out into a TV series. This first aired in 1984 and was met with an overwhelming positive response.

Since then it has expanded out to comic books, novels, and live action films (although not necessarily good ones). With a collection of colourful cast members, Transformers has met universal success and still to this day proves to be as popular as it first was in the 1980’s.

IGT hopes to have the same success with their game ‘Transformers Battle for Cybertron’, a forty line, and five reel slot game with a 60 coin bet. Containing notable characters from the Transformers series such as Optimus Prime, Bumblee, Ratchett, dopey dinosaur Grimlock, Shockwave and even the dark tyrant himself, Megatron.
It comes with a set of unique features that will keep you playing for hours.

Such as Grimlock’s fire breath that burns away a random pattern of symbols, Shockwave even sends out a wave of destruction that blows up a random pattern of symbols. Or if there are too many decepticon logos on the field, Optimus Prime can show up and wipe them out. These handy powers will activate at random, so your game could drastically change in a matter of seconds.

There’s even a free Spins Bonus that’s triggered with three scattered Bonus symbols, at which point you then choose the number of free spins and the amount of multipliers you can get from the bonus. 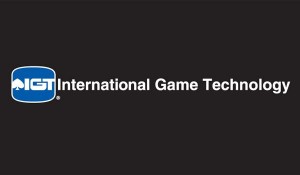 IGT recently acquired DoubleDown after a significant growth in revenue from their first quarter to the end of 2013 of $541.2 million. A total increase in sales of 105%.
The main drive behind this huge boom was the popularity from the social gaming side of the business.

John Clelland, the companies Vice-President of Global Interactive Marking said: “We’re committed to bringing exciting engagement to players, and are thrilled to offer this popular licensed game to DoubleDown Casino’s mobile platform for the first time in the US.”

He continued: “With the release of this unique social slot game, our players can enjoy instantly recognisable, exciting animations and relive the fun of Transformers from anywhere at any time.”