New Games Added to All Slots Casino this November

All Slots Casino is very proud to announce the launch of two fresh new games to their selection.  These games are the massively popular Thunderstruck II, which is also now available on the mobile platform and Racing for Pinks, which is the newest one added to both the flash-based casino and the downloadable casino. 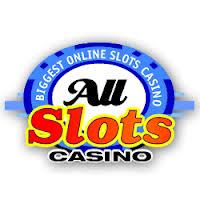 Following in the Success of Thunderstruck

Thunderstruck, released in 2012, was massively popular on desktop computers and the natural consequence is that it becomes available on mobile devices, such as smartphones and tablets.  The games success was partly due to its impressive animation and graphics, perfectly capturing the essence of the Norse saga it is based upon.  Activate the bonus and you can play the WildStorm feature as well as the Great Hall of Spins.  All you have to spend to have a spin is a minimum of 30c and it offers players a mighty 243 ways of winning, with a maximum jackpot of $121,500!

Supercharged Win with Racing for Pinks

This fun slot is themed on drag racing, providing players with some high-octane gameplay on both download and instant play platforms at All Slots Casino.  This game really is winner takes all and will definitely appeal to the more competitive players amongst you.  There are a number of special bonus features, including Multipliers, Free Spins, Scatters and a Bonus Race, which is a five-tier challenge with a possible 175x Prize!  This new game required on 30c to play and offers its players the chance to win a mighty $94,500!

This online casino was established in 2001 and has gone from strength to strength since its launch.  They have developed a reputation for delivering top quality entertainment to players, hosting a broad selection of interesting games and a rewarding bonus scheme.  Its software is developed and run by Microgaming, one of the industry leaders and players can choose to either download the casino or stream the flash-based version directly from their browser.  The mobile casino is compatible for use with nearly all devices, including most smartphones and tablet computers (iPhone, iPad, iPod, Android and BlackBerry).  The casino is accredited by eCOGRA and particularly prides itseld on its fair play and the speed of its payouts.