Spin for Good giving money to Charity through its players

Spin for Good is a non-profitable company which has launched a brand new website where donors can play some social games and win money towards the company’s charitable partners. Spin for Win vows to give players the same experience as popular online gaming providers but with the added aspect of a tournament and the ability for donors to be able to play for money for the charities involved with the particular company.

This kind of idea for people to play for money where players can compete on behalf of their chosen charity is a great way for players to become more involved in the slot games and the company’s interests. Especially you or your friends would like to help a particular company for any sort of reasons. This is a fantastic way for players to do something great for their chosen charity.

Players can turn a small donation into something much bigger and more beneficial for charity. Competing in these on-line tournaments can be very beneficial for the charities. Also the company for all concerned so if some players are feeling a little competitive the better, the money they may win.

There is no risk for the players are competing in the on-line tournaments for funds for the charity partners as all donations are distributed to the participating charities. So even if you’re not a fantastic at gambling you can still give it a go for the charity and see how your day finishes.

Spin for Good is exactly that players are playing to win some money for charity and put a smile on folks faces this year or even next year. If you have never raised money for charity before it is definitely worth giving it a try, you never know you could find it fun. 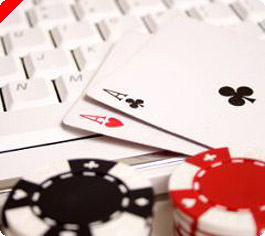 Winning money for charity is also deeply rewarding in doing your part for folk who maybe aren’t as fortunate or lucky as most people in the world. A lot of people already give money to charity through their work or just through donating through their bank accounts but this is a new and innovative way to keep interest in charities.