Virtual reality (VR) is potentially the next major innovation to take off in the online casino market. However, while live dealers and mobile casinos have become staples of the market, there are major failures like smartwatch casinos. Comparatively, it seems that virtual reality casinos do have greater potential compared to smartwatch gaming.

Virtual reality casino games are still quite difficult to come by. Fortunately, there are some brands that are leading the way with the technology: 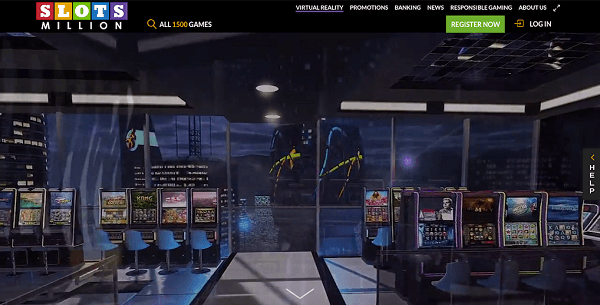 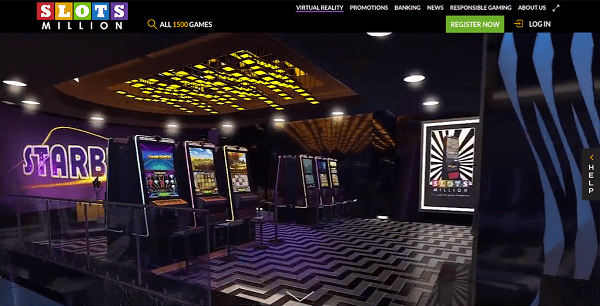 What Exactly is a VR Casino?

A VR casino is one that uses a wearable headset to deliver a truly immersive gaming experience. For true VR, you have to wear some form of headset while playing the games. In terms of options, these can include slot games, poker, blackjack, and roulette.

As a concept, the virtual reality casino is still very much in its infancy, with online gambling operators still attempting to figure out the potential benefits and limitations. There are just a handful of potential places to play, as most operators are still biding their time until the technology takes off. Nevertheless, here are some current features to expect:

Interacting with Other Gamblers

VR technology offers the potential for greater interaction among gamers and gamblers. For those who currently play interactive content such as live dealer games, they can currently send messages by typing on their keyboard.

However, the limitation of VR is that players could be less likely to pull up a virtual keyboard to type out messages. Consequently, this could see VR casinos implementing voice chat, but perhaps the dealer will need to be excluded so that they are not distracted.

In regard to interaction, we could also see players interacting in VR waiting rooms. Players cannot expect to look like photo realistic versions of themselves, so the more feasible alternative will be to have digital avatars.

Advantages and Disadvantages of VR Casinos

VR casinos will feature the same core gaming options as standard casinos, but how players experience them will change dramatically. These advantages and disadvantages will outline some of the most important aspects to look out for.

What VR Games Are Available

In relation to VR, the video game industry actually has more to figure out than casino software developers. Slots are based around spinning reels and playing bonus games, while poker and other table games have players sitting in one place and looking around them. This will make it easier for developers to translate their games into VR.

There are some VR casinos where the video slots have been crudely shoehorned into the interface, as the original game developer is yet to design a truly virtual version. Moving forward, developers have hundreds of video slots to potentially remaster for this new technology.

This might preclude older slot games, but high-quality slots seem to be fine. NetEnt is the leading casino developer that is considering VR for slots, having committed to remastering Gonzo’s Quest for a possible 2017 release.

VR poker has outstanding potential for players being able to sit around tables with their avatars, but they won’t have the advantage of looking for facial tells. Casino VR Poker has been the leading light since the launch of Oculus Rift, having committed to include voice chat, sounds, and the ability to use characters to mimic players’ movements. 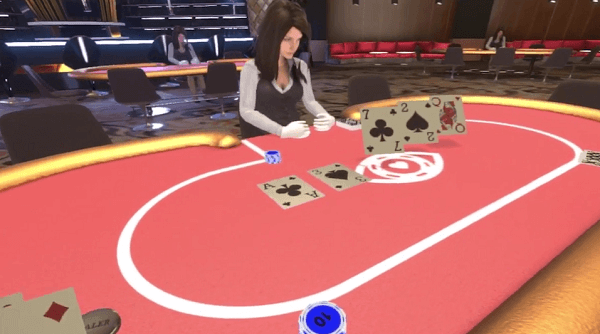 The advent of new technology raises the question among players of what technology requirements they will have to meet. In the case of VR casino gaming, players will need to be aware of the technical specifications that they have to consider in relation to their computer/laptop, VR headset, and any controllers.

For the moment, Oculus Rift is the most commonly accepted headset, with Slots Million and Casino VR Poker both offering compatibility. However, PCs and laptops will need to meet the following recommend specifications to run the Oculus Rift headset:

Another approach worth considering is the cheaper Samsung Gear VR, which is also compatible with Casino VR Poker. With Oculus Rift headsets potentially costing £500 before even considering the PC costs, it would make sense for VR casinos to use Gear VR for better affordability.

Some more basic VR casinos will let players use their PC, but this will not deliver the truly immersive experience. These sites can be explored with a standard PC keyboard or most gaming controllers.

VR casinos have years of development ahead if they are to carve out a place in the market like mobile casinos and live dealers were able to. In the meantime, stick with Casino Juggler while we monitor the possible rise of this thrilling technology.